Share prices have been struggling since November.  The catalyst for this pullback seems to be linked to Chairman Powell’s late-November speech when he said that the word “transitory” was no longer an appropriate characterization for the inflation situation. Investors were spooked, believing that the Federal Reserve was about to embark on a much more aggressive tightening cycle than had been initially expected.

Important monetary policy transitions have often generated financial market volatility, especially in their early stages. Meanwhile, the typical correction for a calendar year is 13%. In the past 12-15 months, there have been no sizable corrections to speak of. That is atypical. So, perhaps, we are in for a little payback here. Could we be entering a bear market now? It’s possible, but the historical data would argue against it. Economic recession is the most likely catalyst for an equity bear market with the data currently pointing to very lows odds of recession over at least the next few quarters. 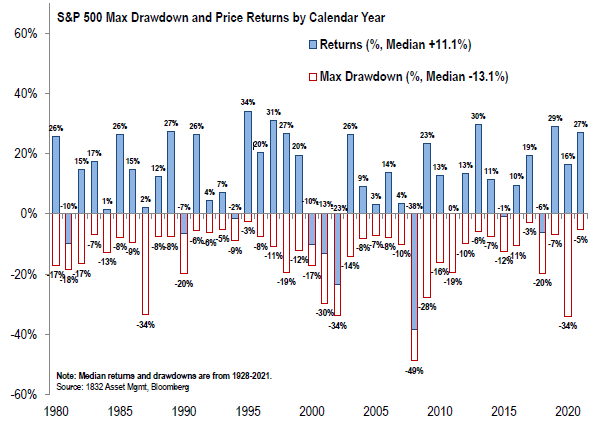 In the world of investing, it is often easier to know what not to do than what to do. Timing each wiggle is a mugs game. These efforts usually end up exerting a huge tax on our ability to generate successful long-term portfolio returns. Again, that’s what the data says. Timing efforts are a large part of the reason behind why the average portfolio has underperformed almost everything that is supposed to go into it. We often try to time switches between growth and value, large-caps and small-caps, or stocks and bonds. This often leaves us buying when we should have been selling and vice versa. The best advice we can offer is to ensure that a portfolio is well diversified and consistent with one’s longer-term financial goals and risk tolerance. 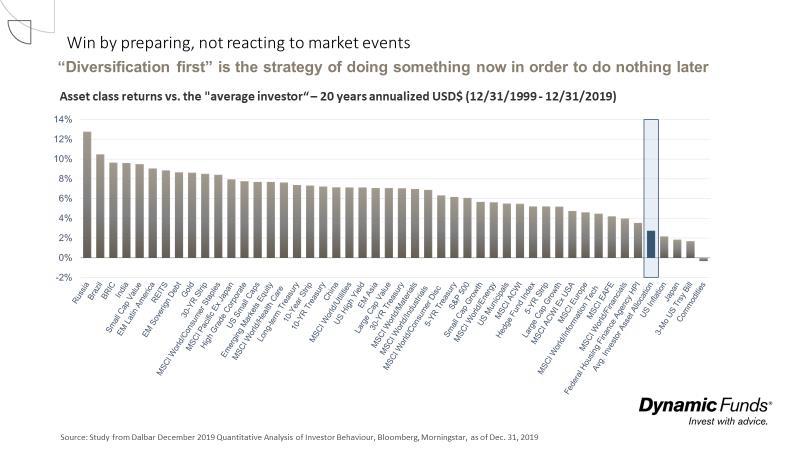 As always don't hesitate to reach out with any questions.