The start of 2022 hasn’t been kind to investors. What are the reasons for the market weakness? I believe that the change in sentiment towards risky assets in the short term can be tied to the uncertainty around the path of the U.S. Federal Reserve’s rate hikes and the invasion of Ukraine.

While the Fed has communicated that it’s likely to begin raising interest rates sooner than originally expected, I don’t believe this is a cause for concern. In my view, despite the short-term volatility that a pivot in monetary policy will create, it’s a positive development. The Fed is signalling that they no longer feel the economy needs the ultra-accommodative monetary policy implemented during the peak of the crisis in early 2020. They’re simply reducing the additional support. In the short term, markets tend to react negatively to the idea of the Fed taking away the proverbial punchbowl at the party, but this doesn’t mean the party is over. It implies the party won’t be as entertaining, but fun, nonetheless.

Higher growth companies that have benefited from low interest rates to support their longer duration revenue streams are bearing the brunt of this shift in yields. “Don’t throw the baby out with the bathwater” comes to mind with the recent selloff as good quality businesses are getting caught up in the downturn.

We’re also in the early stages of Q4 earnings season, and the market seems to be rewarding or punishing individual companies based on their announcements. It’s not just about Q4 results but also their forward guidance. Supply chain issues and elevated input costs are creating uncertainty for some companies over the next few quarters, and this is adding to some of the price pressure.

Geopolitical risk is also factoring into the market unrest, as renewed tensions between Russia and Ukraine, among others, top headlines. Geopolitics are always simmering in the background, but when there are flare-ups, we often see short-term market reaction. However, recent history shows that these are usually disruptive rather than destructive to the markets.

For the long-term investor, it’s important to remain focused on the fundamentals.  We expect some pit stops along the way during our road trip this year, and this one came a little earlier than anticipated. We just set off on our road trip … and two blocks away, we forgot to close the garage door.

We must take a step back during these pit stops and ask ourselves, “What are the risks of a recession over the coming year?” I believe they are still low and when markets fall outside of recessions, the returns are quite strong one year later. 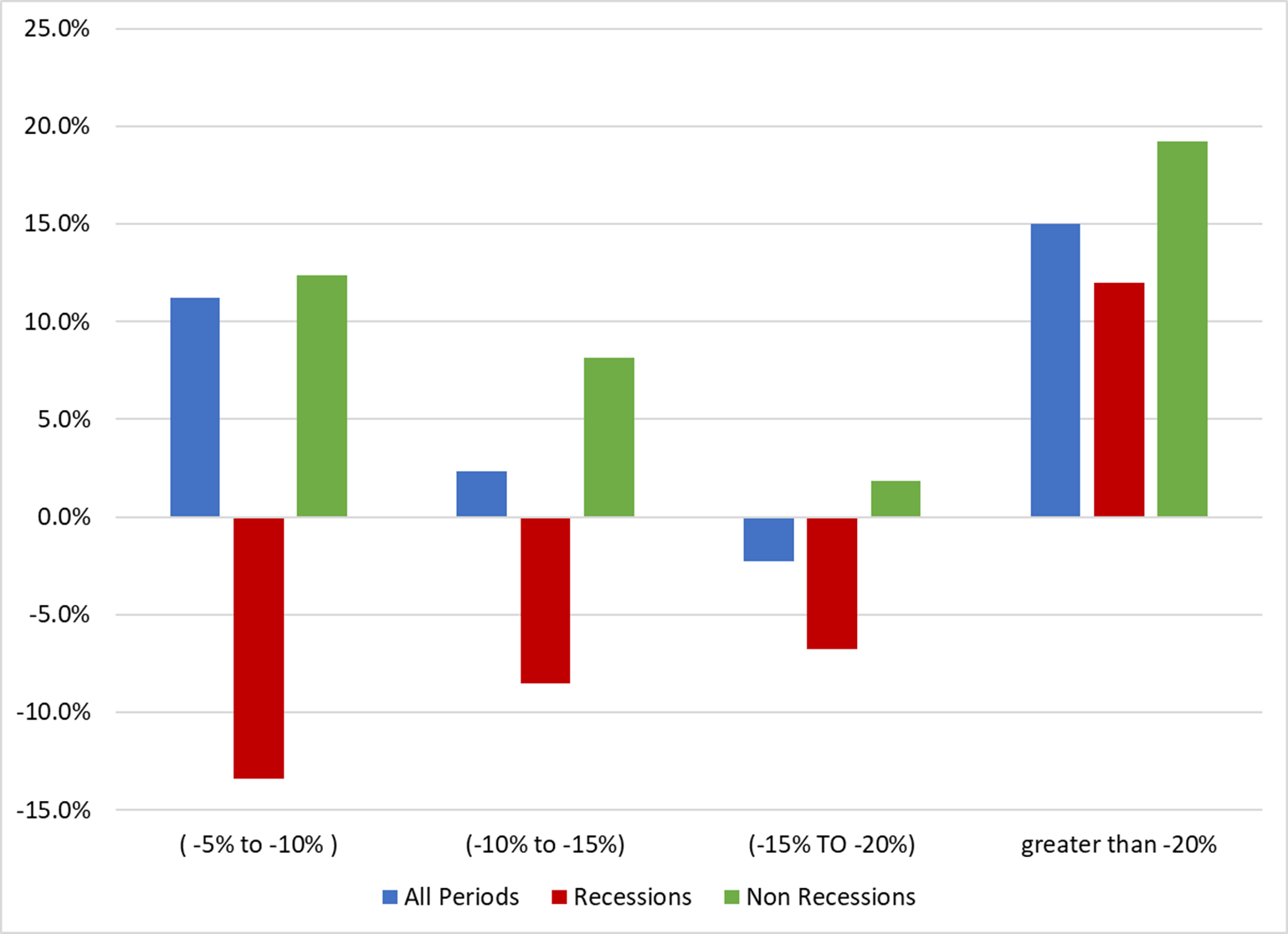 We can also look at U.S. Conference Board Leading Economic Index (LEI) as an example of the health of the economy. The current level would suggest that the U.S. economy is in a stable position in 2022. Excluding the recent self-induced recession caused by the pandemic, since 1970, a recession and market peak occurred six months, on average, after the LEI became negative. 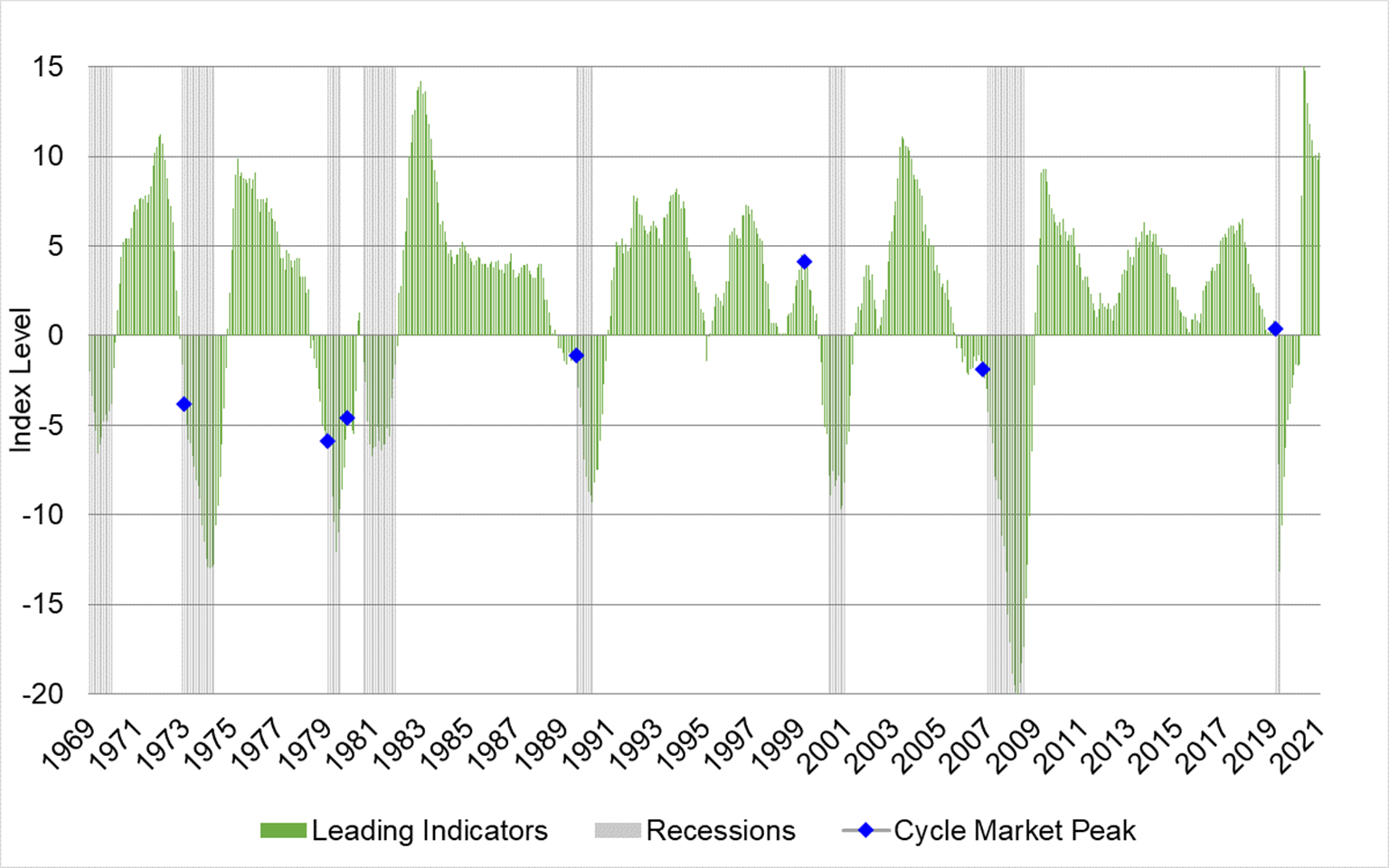 Corrections are entirely normal abut some investors start to think they can time the markets — get out and in at the “right time.” What if they’re wrong? As the table below illustrates, in 2021, missing the best days in the market can have a meaningful impact even in the short term. Remember, it’s time in the market, not timing the market, that matters. 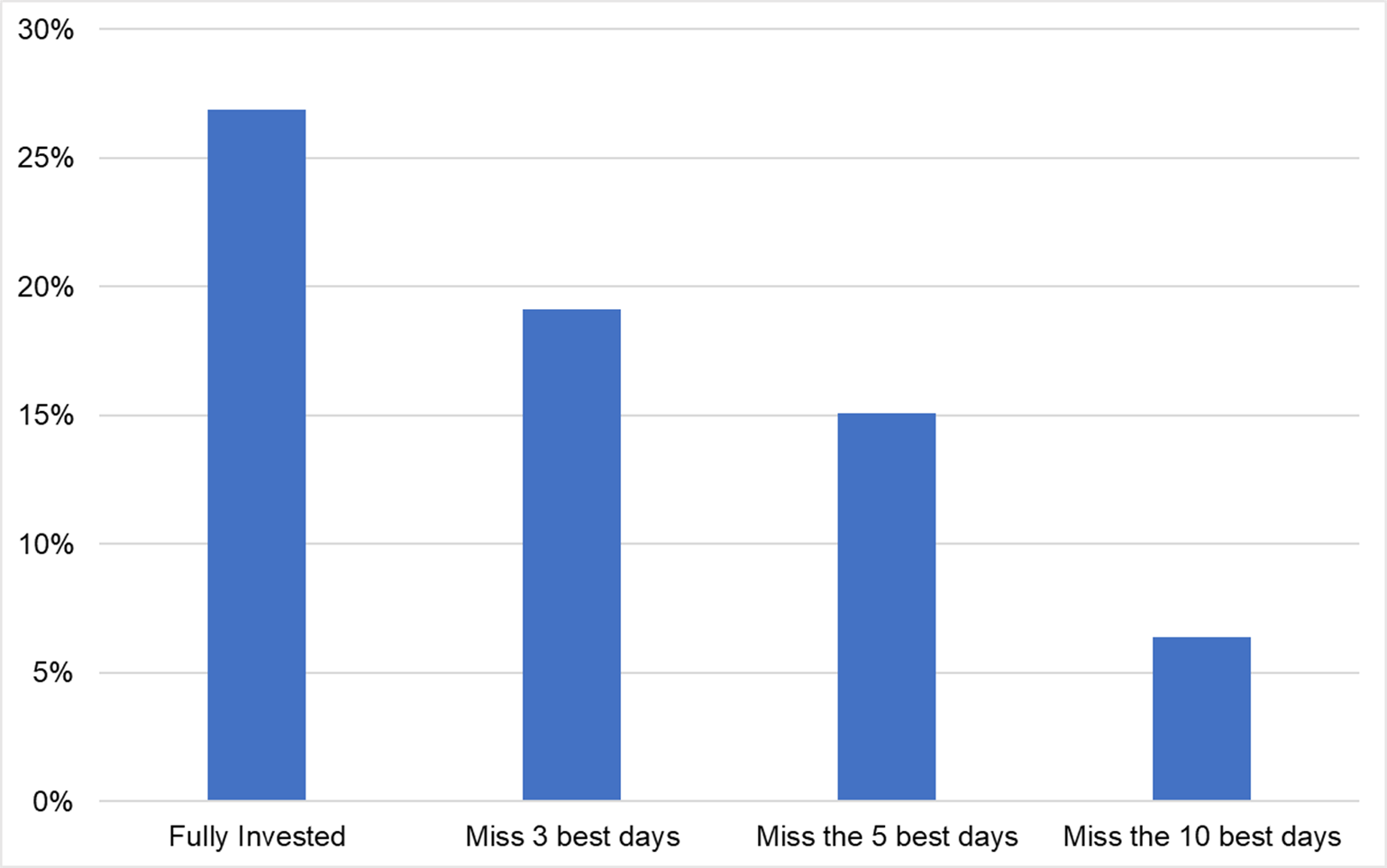 I am an advocate of re-balancing portfolios to target asset allocations and dollar-cost averaging into the market as both help with managing risk. I don’t know what the market holds for us over the near term. But while market volatility creates uncertainty, we need to take these pit stops in stride and focus on the road ahead to make sure we arrive at our destination.